Woodward Avenue in Detroit is a major north-south route which bisects the entire city. In certain parts, it's easy to see who has suffered under Detroit's financial problems, and who has survived.

Detroit has emerged from a decades-long slide and America's largest municipal bankruptcy into something of a darling. "America's Comeback City: The Rebirth of Detroit" blares the headline of a recent article in Forbes, one of hundreds that clog the airwaves with tales of renaissance and economic transformation. And things, at least in some parts of the city, do look undeniably rosy. Boutique coffee roasters compete with chic soul food cafes in beautifully restored art deco skyscrapers. Starbucks and Whole Foods abound, as do craft breweries, in a type of "softening of the battlefield" before the waves of gentrifying hipsters from New York, LA, and Berlin move in. A new hockey stadium, complete with an opening 6-night residency from Detroit native Kid Rock, just opened.
But narratives of rebirth are much like the massive statue of Joe Louis' fist - mythic, outsize, and contained to the city center. In fact, a recent study released by Michigan State University states that the modest improvements in the midtown area "do nothing to address the city's core problem: disinvestment and abandonment propelled by corporate decisions framed and aided by government policies, from housing and free trade, with an overlay of stubbornly persistent racism."
Detroit is a vast, sprawling metro area, with a significant tax delinquency problem, high crime, and poor services. Those that do have money live in one of several wealthy enclaves dotted around the city; the rest have fled to surrounding counties. Racial prejudice, disenfranchisement, and the promise of a better future - those are things that people in Detroit struggle to believe will change, which no amount of government bailouts will do easily or quickly.

Grosse Point (on the right) is one of the wealthiest neighborhoods in Detroit, but it's not technically within the city's boundaries. The dividing line is the canal in the center of the photo, separating it from the now-sparsely populated Jefferson Chalmers neighborhood.

Black Bottom used to be a vibrant African-American neighborhood, but that was before redlining, the construction of I-75, and decades of neglect decimated the area. Now it is like so many other parts of Detroit - a skeleton of cracked concrete, weeds, and emptiness. 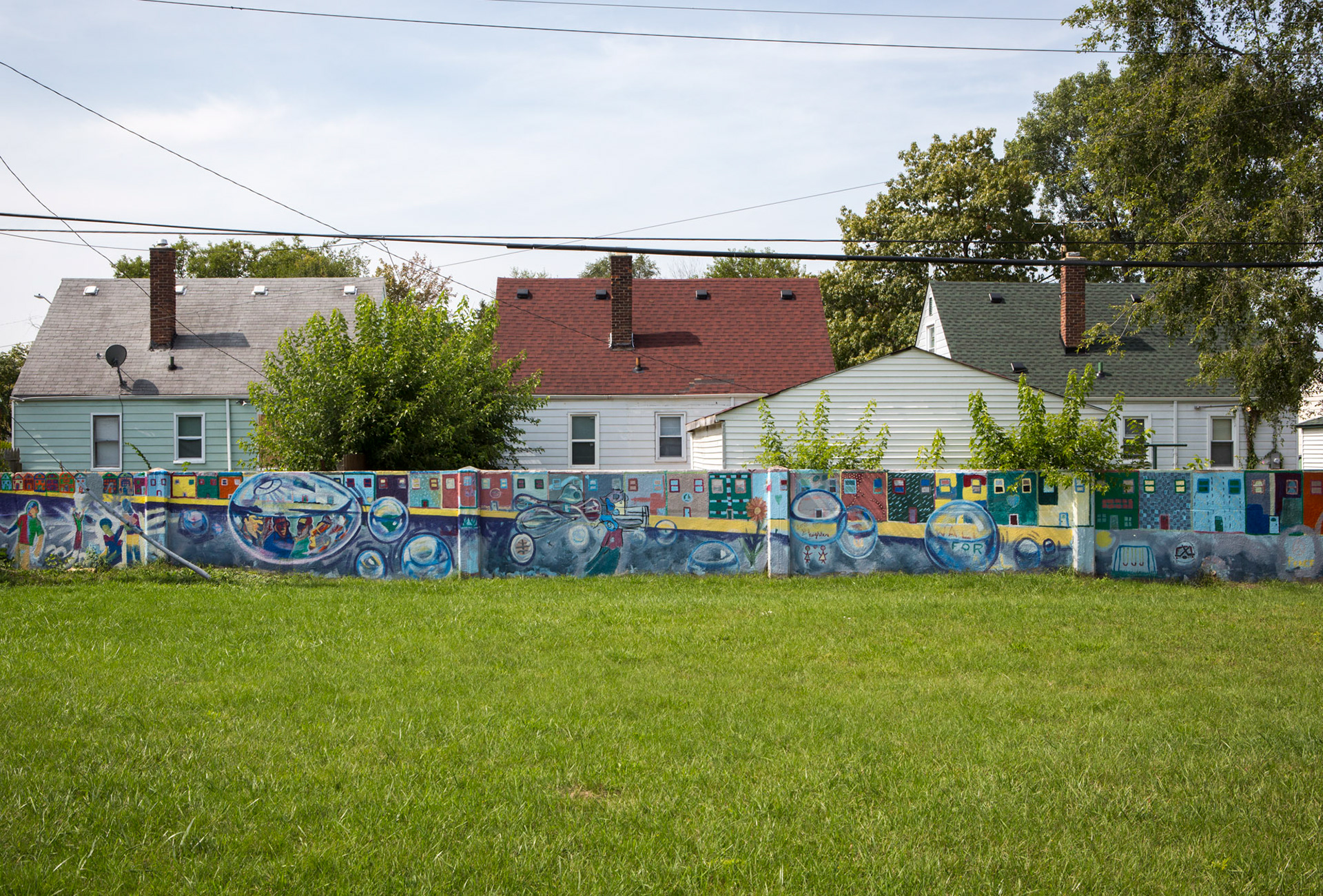 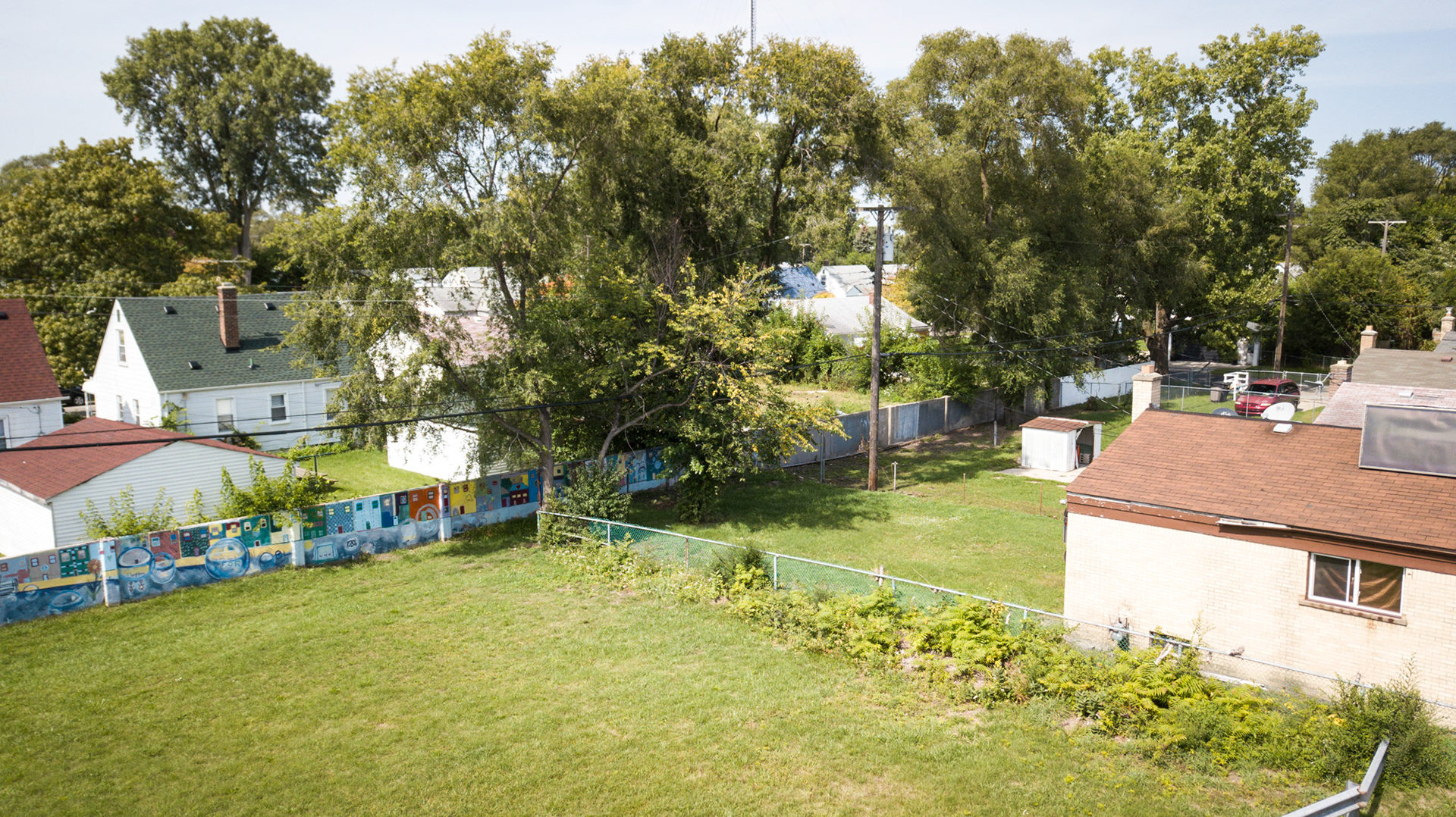 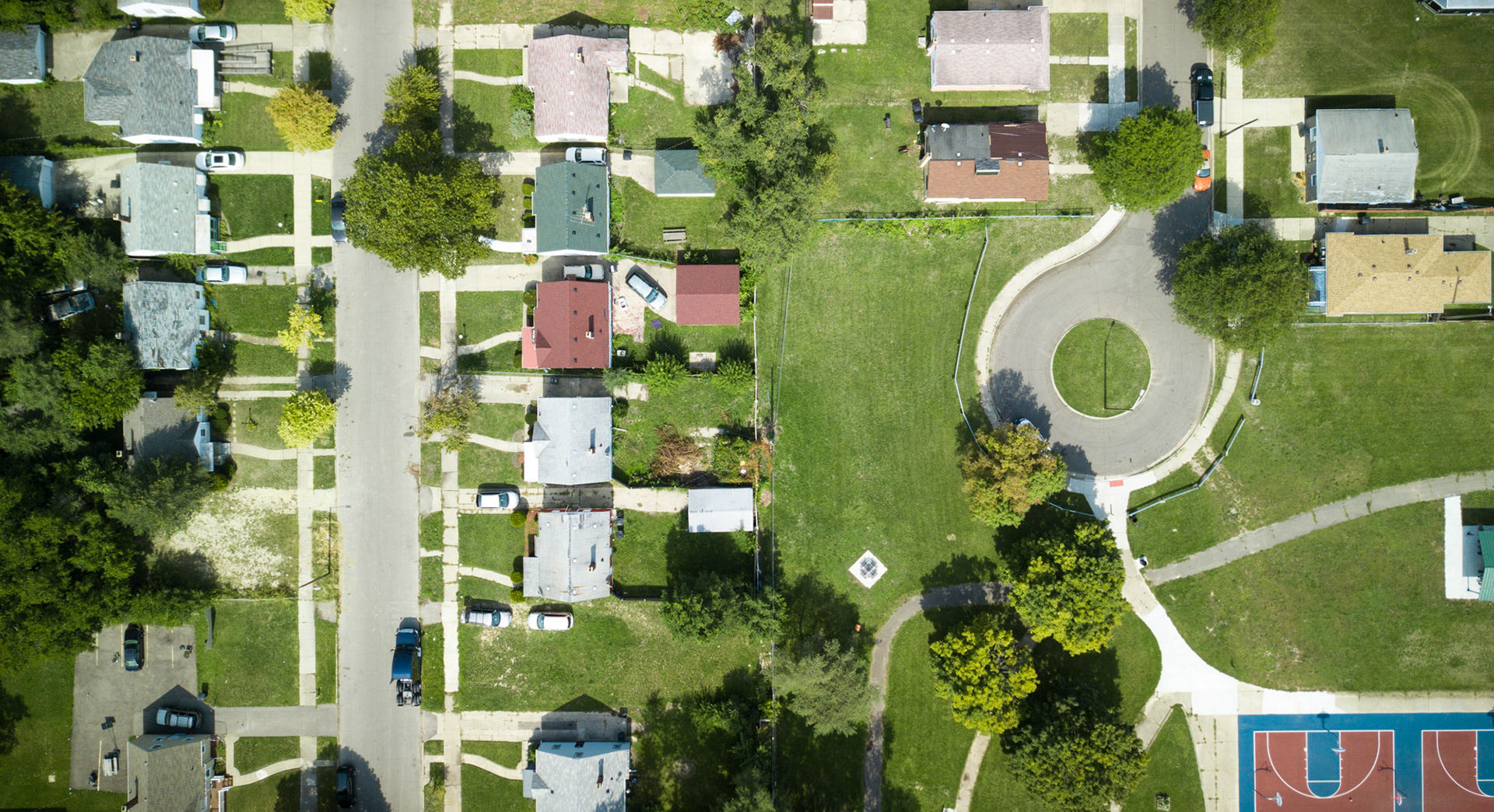 "The Wall" is a vestige of American apartheid, built to keep whites separate from blacks in Detroit's 8 Mile neighborhood.
“Growing up, we didn’t know what that wall was for,” says Teresa Moon, president of the 8 Mile Community Organization. “It used to be a rite of passage to walk on top of the wall, like a balancing beam. You know, just kids having fun, that kind of thing. It was only later when I found out what it was for, and when I realized the audacity that they had to build it.”

A colorful mural stands at the site of the 1967 Detroit riot, alongside a road now known as Rosa Parks boulevard. “Murals in the community provide a perfect platform to welcome new and returning Detroit families to the city" writes Hubert Massey, the artist, "and to expose them to more than 50 years of history."

Baltimore
↑Back to Top